The Dominican Order has been present in Geneva since 1997. In 1998, the General Council approved the creation of  the non-governmental organization Dominicans for Justice and Peace, which was given ECOSOC status at the UN in 2002. This organization has grown over the years in its capacity to respond to the demands of our brothers and sisters who work with those living in poverty and those who have no voice.

The Order has also been present at the UN in New York since 1998. The Dominican Leadership Conference (DLC) received its ECOSOC status in 2002. Over the past several years, the New York office has worked in close collaboration with DSI in an effort to remind our Sisters that the UN position in New York is an international position – representing Dominican Sisters and Brothers throughout the world.

Our Dominican presence at the UN serves as a way to witness to the Gospel message we hear from our Brothers and Sisters on the frontiers. It is a way to speak truth to the world community and to participate in the ongoing discourse on social justice and human rights. Our presence at the UN facilitates our capacity to intervene in violations of human rights. Our presence also promotes networking and collaboration among members of the Dominican Family who are engaged in work on behalf of human rights. 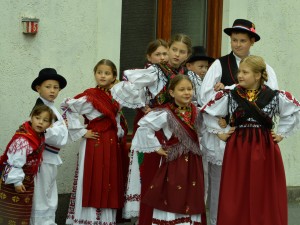 Hovedtema for marsmøtet er Women’s empowerment and its link to sustainable development.

Gjennomgangstema er The elimination and prevention of all forms of violence against women and girls.